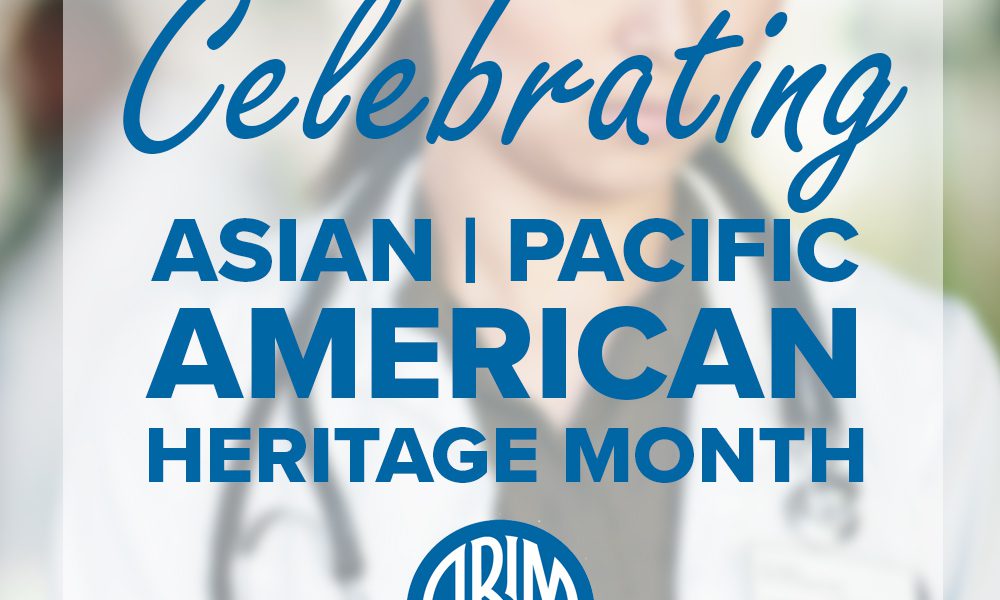 May is Asian/Pacific American Heritage Month! ABIM would like to honor the many contributions that Asian/Pacific American physicians have made, and continue to make to the medical community and society at large. Please join us by learning more about but a few of their struggles and achievements. The stories we share in our community show us that physician excellence isn’t just a metric, but a continuous dedication to learning from one another and our patients to make a positive impact in a constantly changing world. Share your own story on Facebook and Twitter.

Dr. Katherine Luzuriaga is a board certified Filipino American physician and pediatric immunologist who was named one of Time 100’s most influential people in the world for 2013 for being a member of a team of researchers who orchestrated a breakthrough that “functionally cures” newborns of AIDS when it is transmitted to them from their mother during birth. She has been at the forefront of pediatric HIV/AIDS research throughout her career and has received numerous accolades for her life-changing research, including a Scholar Award and the Elizabeth Glaser Scientist Award from the Elizabeth Glaser Pediatric AIDS Foundation. She is currently a professor at the University of Massachusetts, Vice Provost for Clinical and Translational Research at the University of Massachusetts Medical School, and Director of the UMass Center for Clinical and Translational Science.

Dr. David Ho is a board certified Taiwanese American physician whose research in HIV/AIDS saved countless lives. When the AIDS virus was first discovered in the 1980s, scientists believed that the virus lay dormant in patients for years before attacking the immune system and medication was withheld until patients exhibited visible symptoms of full-blown AIDS. Dr. Ho’s research proved that the virus replicated itself quickly and immediately when entering a patient’s bloodstream. This lead to the introduction of the “cocktail” of drugs used to slow the advance of the virus immediately upon detection. Dr. Ho has published more than 400 scientific papers on HIV/AIDS and is now the Scientific Director and Chief Executive Officer of the Aaron Diamond AIDS Research Center and the Irene Diamond Professor at Rockefeller University in New York City. He was named TIME Magazine’s Man of the Year in 1996 for pioneering the treatment of HIV/AIDS.

Dr. Haing Ngor was a gynecologist and obstetrician in Cambodia before being forced into a prison camp under the brutal Khmer Rouge regime in 1975. Though he suffered four years of torture, starvation, and exhaustion, he kept himself alive with his medical knowledge. He was unable to save his wife who perished during child birth, because anyone thought to be an intellectual was killed. Hundreds of thousands of educated people were tortured and executed during this time and two million other victims died from starvation, disease and overwork during of this reign of terror. Dr. Ngor was finally able to escape in 1979 after the Vietnamese invasion of Cambodia. He worked in refugee camps in Thailand and Los Angeles before being chosen to play Dith Pran in the 1984 film, The Killing Fields, about the horrific ordeal he had experienced. He is the first and only actor of Asian descent to win an Academy Award for Best Supporting Actor. He used his newfound fame as a platform to advocate for justice and speak out against leaders of the Khmer Rouge as well as financially support two clinics and a school in his home country.

Dr. Abraham Verghese is a board certified Indian American physician and Linda R. Meier and Joan F. Lane Provostial Professor, and Vice Chair for the Theory and Practice of Medicine at the School of Medicine at Stanford University. He began his medical training in Ethiopia when his parents were recruited by the Emperor Haile Selassie to teach near the capital. When the emperor was deposed and war broke out, he joined his parents in the United States and worked as an orderly in a hospital, putting his medical education on hold before returning to India to complete his medical degree at Madras Medical College. He completed his internal medicine residency in Johnson City, Tennessee, where he later witnessed the AIDS epidemic firsthand in the 1980s. “His life took the turn for which he is now so well known – caring for a seemingly unending line of young AIDS patients in an era when little could be done other than help them through their premature and painful deaths. Long before retrovirals, this was often the most a physician could do and it taught [Dr. Verghese] the subtle difference between healing and curing.” He has written best-sellers about the value of direct patient interaction and physical examination in diagnosing and demonstrating empathy. “I wanted the reader to see how entering medicine was a passionate quest, a romantic pursuit, a spiritual calling, a privileged yet hazardous undertaking,” he said of his most recent book, Cutting for Stone. On September 22, 2016, he received a National Humanities Medal at the White House from President Barack Obama.

Dr. Chi-Cheng Huang is a board certified hospitalist and pediatrician who went on a life-changing journey when he took a year off from Harvard Medical School. Originally on a “spiritual” mission with a church in Boston, Dr. Huang traveled to La Paz, Bolivia, to work at an orphanage. He soon realized the dire need for both emotional and physical support for thousands of “invisible children” living on the streets and even in the sewers of La Paz. Since many of the children suffered physical abuse from adults, they were not readily trusting of him. So, Dr. Huang went out from 10:00 PM to 2:00 AM, when most of the children were out, to offer them care. He soon became an important figure in their lives, even as he was becoming physically and mentally burned out by the late hours. The trajectory of his and hundreds of children’s lives changed when, one night, he was treating a child prostitute who asked for three things: a home where she and other children could be safe, Huang’s continued presence in their lives, and for Huang to tell their stories. This led him to found the Bolivian Street Children Project, a non-profit dedicated to sheltering the street children, and to write the book When Invisible Children Sing, detailing his experiences with the children he treated. For his humanitarian work, he has earned awards such as the Taiwanese American Foundation-Asian Pacific Public Affairs Division’s Civil Servant of the Year Award (2001), Harvard’s Gold Stethoscope Award for Teaching (2003), and Boston University School of Medicine’s Association of American Medical Colleges Humanism Award (2004).